Radio Strange is a Bad Ass Post-Grunge Rock band from Zurich, Switzerland. Their music is loud, raw, honest and fun. In other words - Rock'n'roll, baby!

Their debut single Masters Of The Past arrived at the end of 2020, shortly followed by two more singles. The song Brown Noser with its raw punk attitude has been well received and got radio plays in Switzerland and Canada.

After a short tour in summer / autumn 2021, the band recorded their debut album "Handmade Bastard", which was released on February 2022 and earned excellent reviews in several magazines, such as rocknews.ch (9 out of 10) or Maximum Volume Music (9 out of 10) and a music blog ("one of the best findings 2022").

The debut album got airplay in Swiss national radio SRF3, followed by several radio interviews. The band was spotlighted in a full-page newspaper article and a video interview. 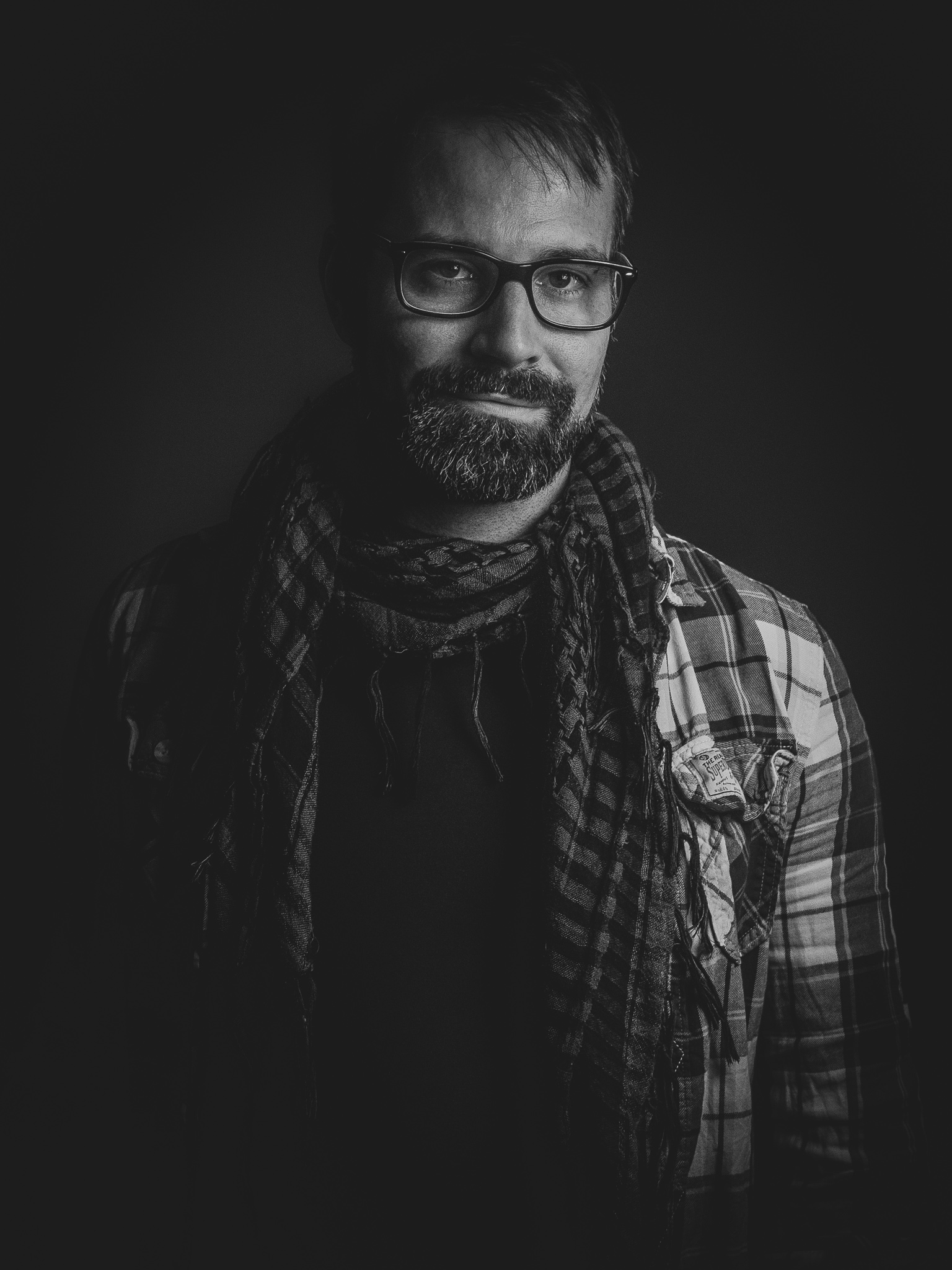 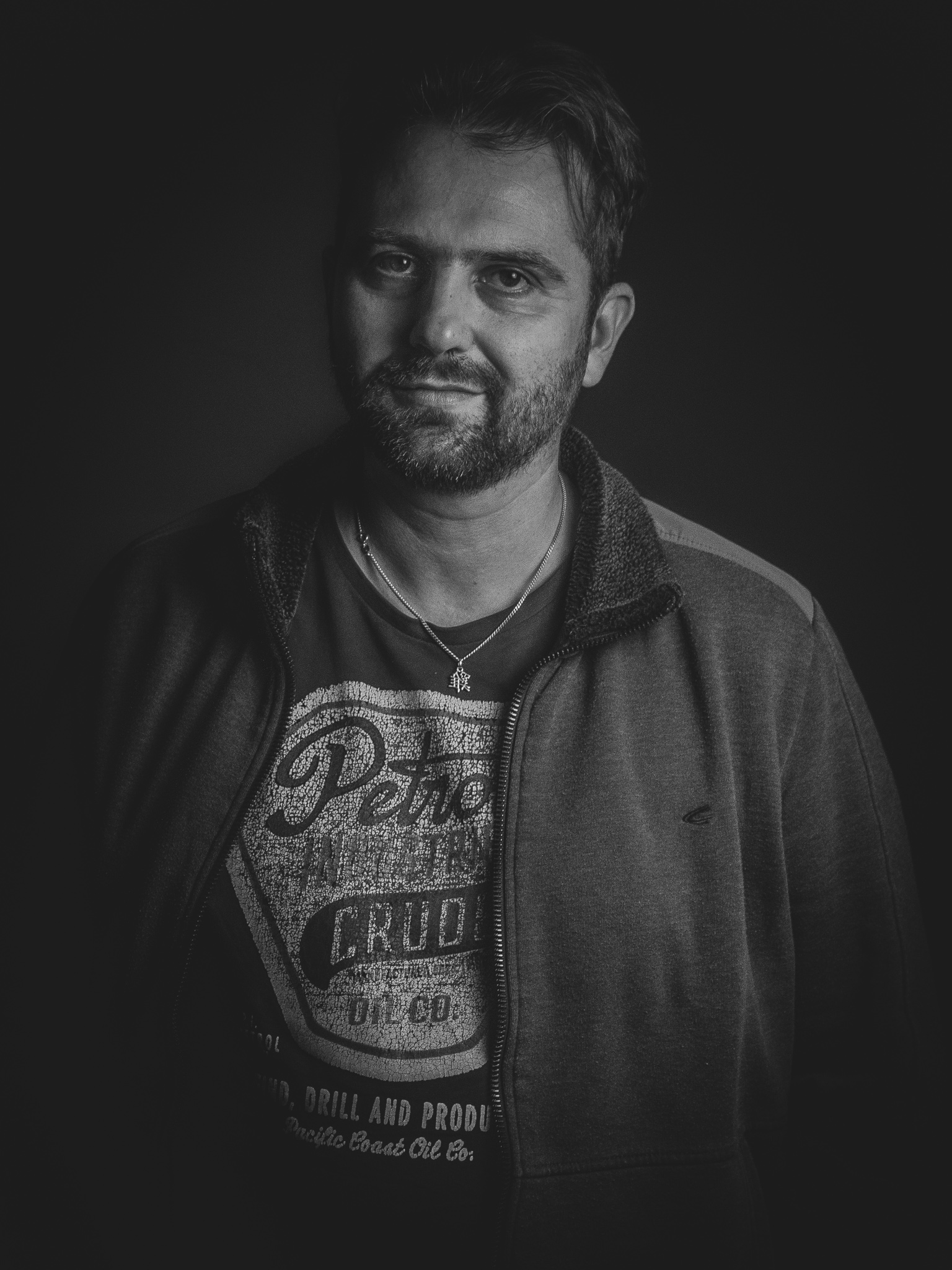 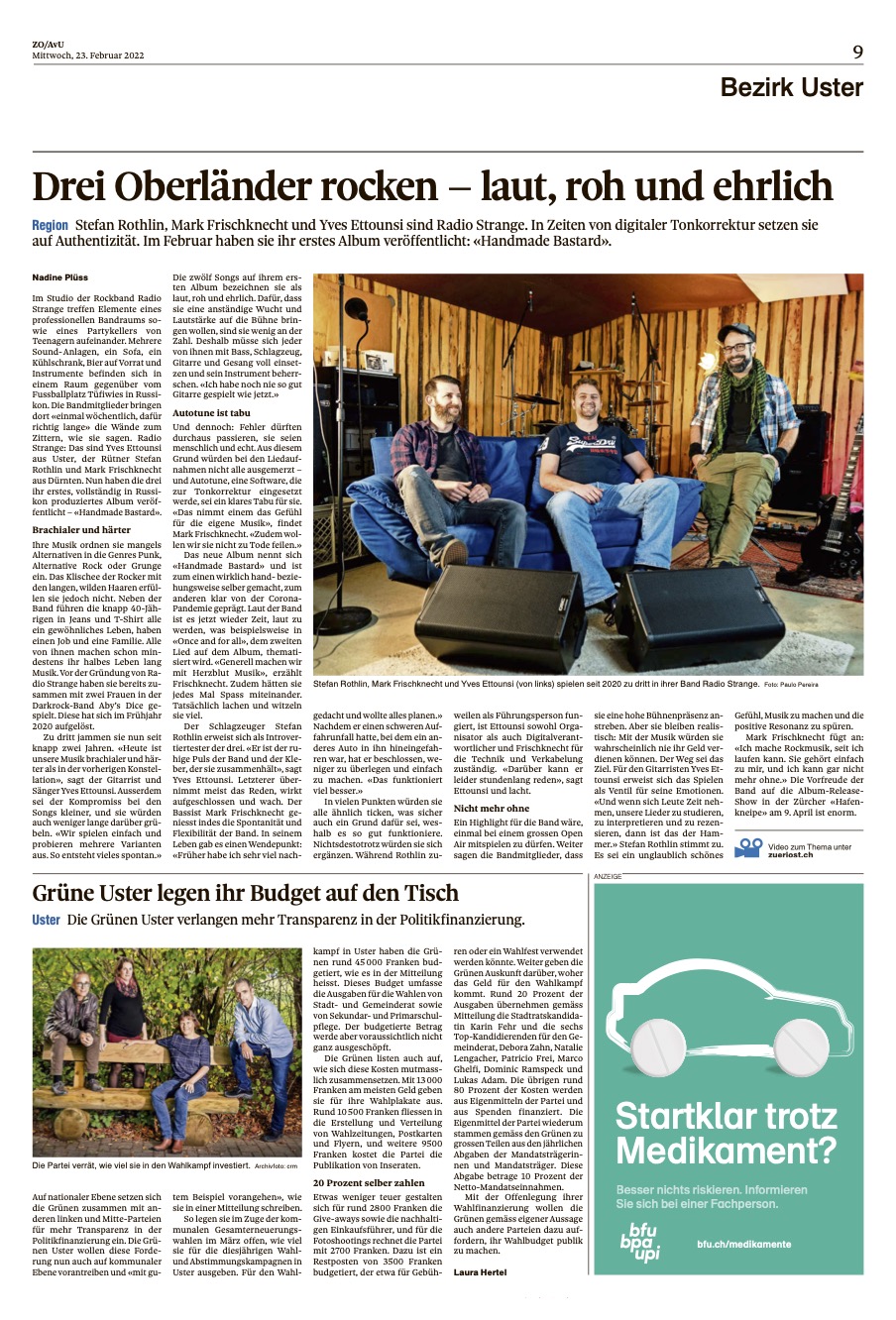 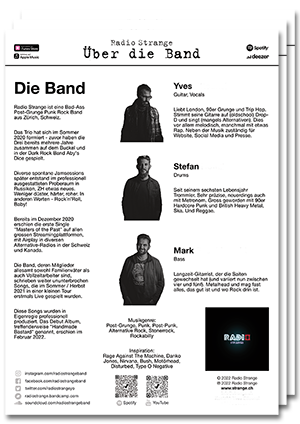